An ELISA (Enzyme-Linked Immunosorbent Assay) is a multi-well plate-based immunoassay within which one of the assay components, typically an antibody or sample, is adsorbed onto a solid surface, in this case, a plate.

ELISA provides fast, quantitative, and sensitive test detection at a relatively low cost and is one of the simplest test formats. Moreover, simply adapting the ELISA to a more robust screening method allows the researcher to test a large number of samples in one cycle. Nowadays, you can also buy bdnf elisa kit from various online sources.

The sandwich assay uses a pair of monoclonal antibodies (mAbs) against different epitopes against the same target. The main mAb attached to the plate pulls the protein out of the solution while the second mAb is used to complete the "sandwich" and send a signal indicating the presence of the target. 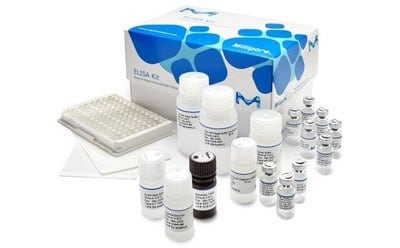 A specified number of recombinant versions of the protein are included with the kit, which allows the user to create a standard curve against which the signal from any of the samples is interpreted. Most of our portfolio is in this ELISA sandwich format.

Direct ELISA and competitive assays are less common. In direct analysis, one mAb was used to detect plate-bound samples. The mAb then binds to the secondary reporter antibody to provide a signal.

In competitive analysis, several biomarkers have been previously associated with plates. The labeled antibody is incubated along with the sample, which "wipes" the antibody depending on the target concentration in the sample.

The free antibody can then bind to the plate antigen and emit a signal after washing the sample. In this case, the signal is inversely proportional to the concentration of the target biomarker.